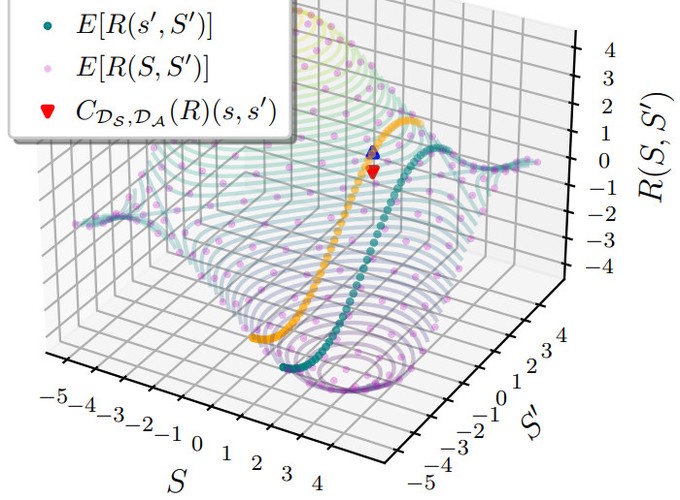 The ability to learn reward functions plays an important role in enabling the deployment of intelligent agents in the real world. However, comparing reward functions, for example as a means of evaluating reward learning methods, presents a challenge. Reward functions are typically compared by considering the behavior of optimized policies, but this approach conflates deficiencies in the reward function with those of the policy search algorithm used to optimize it. To address this challenge, Gleave et al. (2020) propose the Equivalent-Policy Invariant Comparison (EPIC) distance. EPIC avoids policy optimization, but in doing so requires computing reward values at transitions that may be impossible under the system dynamics. This is problematic for learned reward functions because it entails evaluating them outside of their training distribution, resulting in inaccurate reward values that we show can render EPIC ineffective at comparing rewards. To address this problem, we propose the Dynamics-Aware Reward Distance (DARD), a new reward pseudometric. DARD uses an approximate transition model of the environment to transform reward functions into a form that allows for comparisons that are invariant to reward shaping while only evaluating reward functions on transitions close to their training distribution. Experiments in simulated physical domains demonstrate that DARD enables reliable reward comparisons without policy optimization and is significantly more predictive than baseline methods of downstream policy performance when dealing with learned reward functions.